Gaslighting, Shining a Light on a Psychological Term 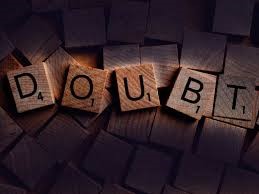 Gaslighting, Shining a Light on a Psychological Term

Gaslighting is a term that is being used more and more frequently, but what is it, why is it so important and why is it suddenly so prevalent?

Gaslighting is a form of psychological manipulation. Gaslighting happens when an individual or group (such as a political party) puts out information with the intent of sowing seeds of doubt in individuals or the population as a whole, making people doubt themselves and even their own sanity.

The most famous literary form of gaslighting is from George Orwell’s Animal Farm. In his book, which is overall a warning about communism, Orwell highlights the change in propaganda through the commandments on the barn wall (the collective unconscious). These commandments change subtly over time, the characters start to question their own memory and begin to doubt themselves.

So why is this psychological term becoming more and more common?

The invention and prevalence of recording equipment and the internet mean that when something is said, written or tweeted, it is recorded digitally for as long as any digital copy remains in existence. This means that nowadays we can go back and look at the “writing on the barn wall” and look at what it did say and compare it to what is being said now.

When politicians say “I didn’t say that”, there is often now a recording of them saying exactly that.
Unfortunately, this is not the end. With this same technology comes the ability to manipulate it. This manipulation means that people start to question whether they did say it, were they misquoted? Was it taken out of context? Was it media manipulation?

We now live in a world with so much conflicting information, we don’t know what to believe, and we certainly don’t always recognise when we are being gaslighted.

The “master” of this process has to be Donald Trump, who on several occasions will say something on camera and then state that he never said it at all. People then start to question whether it was said, to a point where they can be interviewed questioning their own sanity.

Lets go deeper and even darker, to the father of modern Russian politics: Vladislav Surkov, who famously funded civic forums and human-rights NGOs, then next he would quietly support nationalist movements that accuse the NGOs of being tools of “the West”, removing all trust and sowing doubts about all of these organisations at the same time. A master stroke in politics that was the ultimate in gaslighting.

What is this Doing to Us?

The constant self-doubt and confusion that comes from questioning everything and being constantly bombarded with conflicting information can contribute to anxiety. It can also contribute to a feeling of hopelessness and low self-esteem, which may lead to depression.

What Can We Do About This?

Gaslighting is now part of our modern world and firmly a part of politics. This is not going to change soon, so we have to find ways to cope.

For me, this has meant coming off of some sources of gaslighting, in particular FaceBook. It’s not been easy, especially as so many of my social events are organised through social media during lockdown. It has however reduced my stress levels dramatically.

The second part of coping is learning coping mechanisms for stress, such as regular exercise and mindfulness. This can help reduce our overall stress levels, giving us some more “bandwidth” to cope with this all too common phenomenon.
To contact the author, please email tony@ankernandmarsh.com

Health and Wellbeing at Work