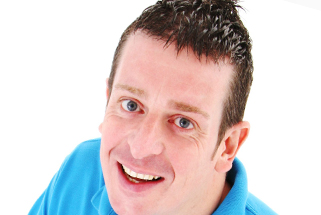 Jason Anker was paralysed from the waist down due to an avoidable incident on a construction site in 1993 when he fell off a ladder. He was 24 years old.

For 25 years he was unable to talk openly about his experience of a work related major incident. This is reflected in a story that is very raw; the emotion in which he delivers his talk is as strong as if it was the day of the incident.

His unique story has a powerful impact and grabs the attention of those listening, from Directors, Managers, Supervisors and Operatives alike. He is willing to talk openly about all of his experiences, the physical and physiological effects of a major incident.

• His Personnel Life
• The Effect on his Family and Friends
• The Cost of an Incident, Financial & Emotional
• His Abuse of Alcohol and Drugs
• His Struggle to get Compensation
• His Commitment to make a Difference

Jason’s story is really about being at rock bottom, having the determination to pick yourself up, change direction in life and then trying to make a difference to others. Jason is a regular speaker at functions and after dinner events where he talks about his story, from the evening before the accident, the accident itself, the subsequent rehabilitation and his attempts to put his shattered life back together 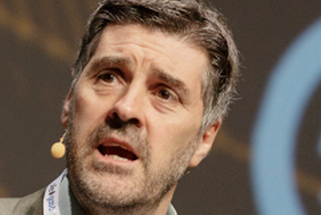 Prof Tim Marsh, then at UMIST, was one of the team leaders of the original UK research into behavioural safety (in construction) in the early 1990s, is one of only a few Chartered Psychologists who are also Chartered Fellows of IOSH. He is considered a world authority on the subject of behavioural safety, safety leadership and organisational culture, was
awarded a “President’s Commendation” in 2008 by the International Institute of Risk and Safety Management and was selected to be their first ever ‘Specialist Fellow’ in 2010. The British Occupational Hygiene Society asked him to give the key
note opening ‘Warner Lecture’ at their annual international conference in 2013. In 2014 he gave a key note to the Faculty
of Medicine and gave the closing key note at the inaugural Campbell Institute ‘thought leaders’ conference. Opening key
note address at Safeguard New Zealand (May 16).

Made visiting professor at Plymouth University in 2015.

He has worked with more than 400 major organisations around the world, including Apple, the European Space Agency, the WHO and the UN. Many clients have won both open and in-house awards. He has presented to the European Conference Board and was an expert witness at the “Safety Culture” and “Management of Change” expert forums at the Cullen Inquiry (Ladbroke Grove). As a continuation of the UMIST/HSE research he founded and ran Europe’s largest behavioural safety event for fifteen years from 1997 until 2012 (when it was handed over to LexisNexis via RoSPA).

He ran the “Behavioural Safety” and “Pro-Active Safety Culture” courses for IOSH and created the award winning “Affective Safety Management” concept for the IIRSM. The book of the same name is now one of Europe’s best ever selling safety book – as is the second of Tim’s books “Talking Safety”. A recent third, book “Total Safety Culture” has been was well received but is rather more academic! (Total book sales circa 30,000). Previously a visiting lecturer at Manchester University and Loughborough University.

He has chaired more than a two dozen conferences on Behavioural Safety in the UK and has given key note speeches at major conferences in places such as Dubai, South Africa, Malaysia, USA and India. As well as writing dozens of learned articles for magazines such as the ‘Safety and Health Practitioner (SHP)’, ‘Health and Safety at Work’, Safety Management’, ‘Construction Safety’, ‘Safety International’, The Ergonomist’, ‘Exposure’ (BOHS) ‘India Safe’ and Safeguard’ (New Zealand).

The SHP is the magazine of the world’s largest safety organisation (IOSH). Four times a year they publish a prestigious ‘CPD’ article and (when researching Total Safety Culture) Tim had 5 articles selected as the CPD article in a two year period.

He has worked with media such as the BBC (radio work and selecting and fronting a box set of their “disaster” series) and has written and produced many safety training videos such as “Drive Smarter” and the extensive “Safety Leadership” series with Baker-media as well as such as “There’s Always a Reason” (for Human Focus) and “Safety Watch” (for Outtakes). He produced and directed the ‘Crash Course’ DVD (a commercial spin off of the Staffordshire Police speed and safe driving awareness course. 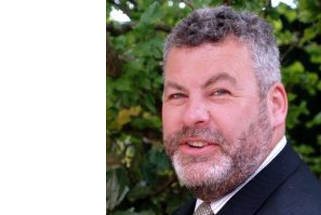 Chris began his safety career in the foundries of South Yorkshire having spent his formative years in production management. Schooled largely by the EEF in Sheffield, Chris saw the move from the rule-driven regime of the Factories Act to the more modern risk-led approach offered by the Management Regulations. Where many may have seen risk assessment as a burden, Chris took this new requirement as an opportunity, realising at a very early stage that being risk-centric was the way forward.

Moving from heavy industry, Chris spent several years in consultancy and training, working right across Europe and into the Far East, during which time he had the opportunity to see how various risk models worked; the keys to their success and the common pitfalls too. Joining John Lewis in 2005, Chris had the perfect opening to put into practice all that he had learned, benefiting from all of the support of a renowned and forward looking business.

Chris has built his reputation on being forthright, often where others fear to tread. Chris’ drive is to do things pragmatically and he is brave enough to do things differently to achieve it. 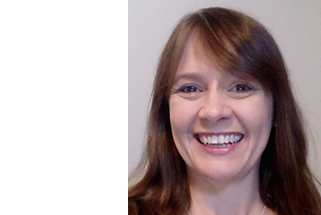 Karen is a Chartered Occupational Psychologist who has spent many years providing workplace coaching, training and assessments to help people enhance their potential in the workplace. She has delivered training in both the private and public sector and coaching interventions with front line staff, line managers and senior directors.

As well as basic group training, through coaching and employment based cognitive assessments, Karen supports people to determine modifications and strategies that will enhance vocational potential and workplace skills, to enable people to be ‘the best’ at what they do.

Karen’s more specialist work has been focused on helping people with various health conditions to manage their condition in the workplace. This has ranged from people with mild stress and mental health concerns to those with more extreme head injuries, stroke and long-term conditions.

Karen has presented on these topics on a number of occasions at the national Health & Well-Being at Work conference. She has also conducted workshops for the Association of Personal Injury Lawyers (APIL), and the National School of Occupational Health, on coaching for better health at work.

Karen works as an Independent Consultant and Associate to various case management, cognitive assessment, training and coaching focused companies and has worked on various contracts with the Department of Work and Pensions. She also undertakes vocational assessments for insurance and medico-legal work.

Karen is HCPC registered, an Associate Fellow of the British Psychological Society and co-convenor of the Division of Occupational Psychology Health and Well-Being Group. 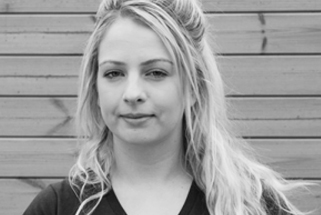 Health and Wellbeing at Work